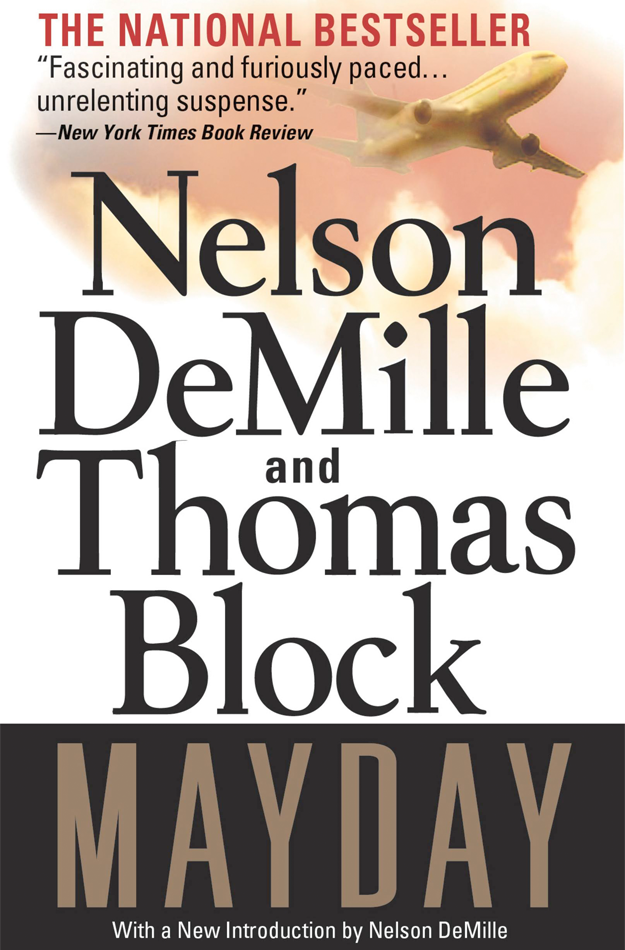 Twelve miles above the Pacific Ocean, a missile strikes a jumbo passenger jet. The flight crew is crippled or dead. Now, defying both nature and man, three survivors must achieve the impossible. Land the plane.

From the master storyteller Nelson DeMille and master pilot Thomas Block comes MAYDAY - the classic bestseller that packs a supersonic shock at every turn of the page...the most terrifyingly realistic air disaster thriller ever.

Captain Thomas Block retired from US Airways in April 2000, as a senior Trans-Atlantic pilot flying wide-body jets to Europe. Block has been a pilot since 1959. He has also had a successful second career as a writer that began in 1968.

Thomas Block's writing has appeared in numerous magazines and newspapers, including nearly 20 years at FLYING Magazine (Contributing Editor from 1970-1982, and again from 1995 through 2002), and as Contributing Editor to Plane & Pilot Magazine from 1985 until 1996.  Block was Editor-at-Large for Piper Flyer and Cessna Flyer magazines.

For additional information on Thomas Block and all his novels, please visit his website at: www.thomasblocknovels.com.