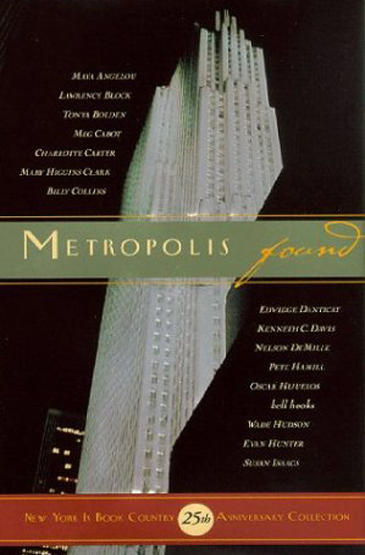 For 25 years the annual festival known as New York Is Book Country has created an oasis in the heart of the publishing world for readers and writers alike. Much more than a catch phrase, it has grown into a cherished occasion in the lives of countless book lovers.

A celebration of the 25th anniversary of New York Is Book Country, Metropolis Found offers the personal reflections of beloved authors who have been affiliated in some way with the festival—as speakers, presenters, and readers—over the last quarter century. They include prize-winning poets, bestselling suspense novelists, acclaimed children's authors, a pioneering publisher, and nationally syndicated newspaper columnists. United here to celebrate the festival and its place in New York's vibrant community of readers and writers, the selections also touch on subjects at once very local and yet undeniably universal:

With original never-before-published contributions from more than 25 prominent writers as well as a keynote poem by Billy Collins, Metropolis Found is an alternately joyful, poignant, funny, and thoughtful celebration of books, New York, and the annual fair that reminds us how vital each is to the other.