It was late afternoon, a Wednesday in September, and Colonel Vasily Petrov of the Russian Foreign Intelligence Service sat in his New York office and stared at the red envelope on his mahogany desk. On the envelope's flap was a wax seal, also red.

The envelope had arrived from Moscow an hour before on the Aeroflot flight that carried the daily diplomatic pouch to the Russian Federation Mission to the United Nations on East 67th Street.

Handwritten on the front of the envelope was his code number: 013575, and beneath that the identification number of the message: 82343.

A cipher clerk stood patiently in front of Colonel Petrov's desk, then cleared his throat. "Sir?"

Petrov picked up a pen and signed the log book, acknowledging receipt of the envelope and also receipt of a sealed satchel from Moscow that the clerk had placed on his desk.

The clerk retrieved the log book, then gave Petrov another sealed envelope, saluted, and left.

Petrov sliced open the red envelope and flattened the sheet of paper on his blotter.

The communication from Moscow was typed on flash paper, encoded in four- letter groupings that appeared to be meaningless. Eye charts, they were called.

Petrov opened the second envelope that the cipher clerk had given him and laid the printed paper next to his encrypted message. On the cipher paper was the daily one-time-only code that would decipher his message.

If this message had been sent electronically, the cipher office on the tenth floor would have seen it and decoded it. And this message was not for their eyes. More importantly, electronic messages were routinely intercepted by the American National Security Agency, whose deciphering capabilities were a worry. Thus the message came in the diplomatic pouch, in a red envelope which meant it was not for the diplomats; it was for the Foreign Intelligence Service—the SVR—who operated out of the Russian U.N. Mission. This was, in fact, a message for Colonel Petrov's eyes only, and it was of critical importance. And Petrov knew it said one of two things: the operation was on, or the operation was off.

He picked up his pen and began to decipher.

It was a short communication, though like many such brief messages, the brevity was in inverse proportion to its importance.

It took him only a few minutes to decipher the communication and when he was done he put down his pen and looked at the words.

Greetings: You will commence Operation Zero on Sunday. Â

He read it again.

Like all men from the beginning of time who await their orders and their fates, he was relieved that the wait was over, and he felt a mixture of calm and confidence, along with a sense of anxiety. It was not death that he feared; it was failure and disgrace—a fate far worse than death.

He took a deep breath and thought of his father, a former KGB general who had been awarded the Order of Lenin and who had been named a Hero of the Soviet Union.

On the day that Colonel Petrov boarded the Aeroflot flight for New York, his father had seen him off at the airport and said to him, "The future of Russia has been placed in your hands, Vasily. The history of this century will be rewritten by you. Come home in glory. Or do not come home."

Petrov looked back at the paper. The next two lines were written in a cryptic style to further obscure the meaning of his orders in the unlikely event this message was seen by someone else.

He read: Happiness will be at planned time and place. Â

The third line read: The fish is swimming, the horse waits, and the bird will fly.

The final line advised: No further communication to or from you after Sunday. Good luck.

The message was not signed, nor did it ask for a reply. Or even an assurance that he was ready at his end. In fact, after a year of planning, there was nothing more to say. The time had come.

Petrov fed both sheets of paper into his cross-cut shredder, then stood and drew the large ballistic nylon satchel toward him. He broke the seal and unlocked the satchel with the key he had brought with him from Moscow. Petrov opened the satchel and saw three 9mm Makarov pistols. He checked that they were the PB model, developed for the KGB with an integral silencer. He also counted ten extra magazines of ammunition, which should be sufficient for the number of people to be killed.

At the bottom of the satchel were two objects wrapped in blue gift paper which he knew were the two MP5 submachine guns he had requested and also about twenty extra magazines. And finally, there was an aluminum box—a tool kit, made for only one purpose. He closed the satchel, then locked it.

Petrov went to his window and stared down into the street. He hadn't liked New York City when he'd first arrived four months before. It was too hot and there were too many Africans, Asians, Arabs, and Jews in this city. But now, in September, the weather had cooled. As for the chernokozhii—the blackasses—they didn't seem to bother him as much.

What still bothered him, however, was that he didn't like being followed every minute of every day. The American security services knew who he was, of course, and they gave him little opportunity to do his job outside of his office. Well, they could follow him all they wanted. On Sunday he would lose them and they would not even know they had lost him. And then he could do his job. Operation Zero.

He was officially assigned to the United Nations for two years and he could have tolerated that. But, in fact, his posting was coming to an end on Monday. As was the City of New York. 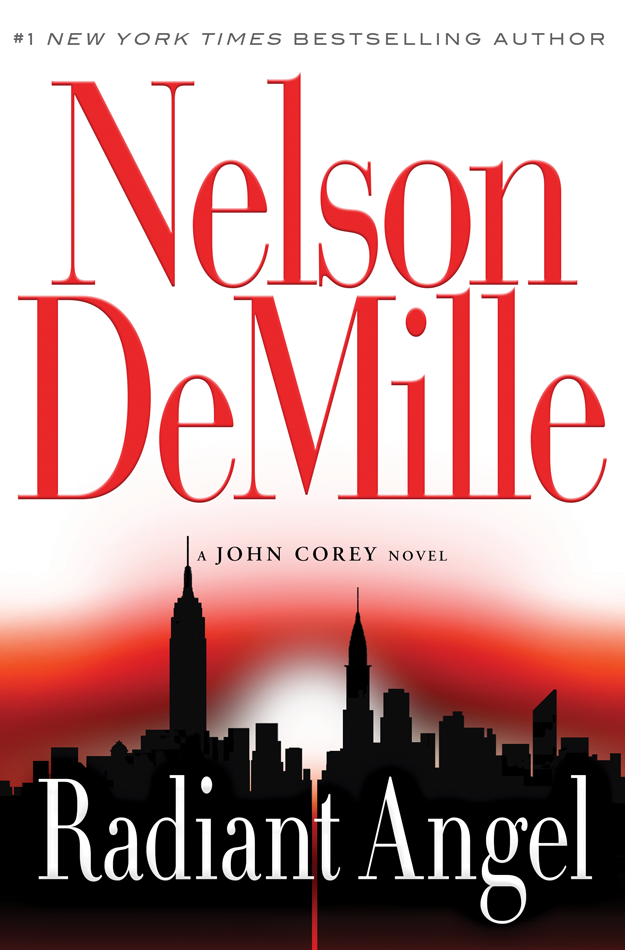