Keith Landry was going home after twenty-five years at the front. He turned his Saab 900 off Pennsylvania Avenue onto Constitution and headed west, along the Mall toward Virginia, crossing the Potomac at the Theodore Roosevelt Bridge. He caught a glimpse of the Lincoln Memorial in his rearview mirror, gave a wave, and continued west on Route 66, away from Washington.

Western Ohio, eight P.M., daylight saving time, mid-August, and Keith Landry remarked to himself that the sun was still about fifteen degrees above the horizon. He had nearly forgotten how much light remained here at this hour, at the end of the eastern time zone, and had forgotten how big his country was.

The driving on the flat, straight road was easy and mindless, so Landry allowed himself some thinking that he'd been putting off: The Cold War was over, which was the good news. Many Cold Warriors had been given pink slips, which, for Keith Landry, was the bad news.

But God had taken pity at last, Landry thought, and with a puff of divine breath blew away the pall of nuclear Armageddon that had hung over the planet for nearly half a century. Rejoice. We are saved.

He reflected, I will gladly beat my sword into a plowshare or pruning hook, and even my 9mm Glock pistol into a paperweight. Well, perhaps not gladly. But what was his choice?

The Cold War, once a growth industry, had downsized, leaving its specialists, technicians, and middle management exploring other options. On an intellectual level, Landry knew this was the best thing to happen to humanity since the Gutenberg printing press put a lot of monks out of work. On a more personal level, he was annoyed that a government that had taken twenty-five years of his life couldn't have found enough peace dividend to keep him around for five more years and full retirement pay.

But okay, Washington was two days ago and six hundred miles behind him. Today was day three of life two. Whoever said that there were no second acts in American lives had never worked for the government.

He hummed a few bars of "Homeward Bound" but found his own voice grating and switched on the radio. The scanner locked on to a local station, and Landry listened to a live report from the county fair, followed by a community bulletin board announcing church activities, a 4-H meeting, a VFW picnic, and so forth, followed by crop and livestock prices, hot tips on where the fish were running, and an excruciatingly detailed weather report. There were tornadoes in southern Indiana. Landry shut off the radio, thinking he'd heard this very same news a quarter century ago.

But a lot had happened to him in those years, most of it dangerous. He was safe now, and alive, whereas for the past quarter century he'd felt that he had one foot in the grave and the other on a banana peel. He smiled. "Homeward bound."

Sure, he admitted, he had mixed emotions, and he had to sort them out. Two weeks ago he was in Belgrade exchanging threats with the minister of defense, and today he was in Ohio listening to a twangy voice speculating about hog prices. Yes, he was safe but not yet sound.

Landry settled back in his seat and paid attention to his driving. He liked the feel of the open road, and the Saab handled beautifully. The car's unusual shape attracted curious attention when Landry passed through the small towns and hamlets of western Ohio, and he thought he should probably trade it in for less of a conversation piece when he took up residence in Spencerville.

The cornfields stretched as far as the deep blue sky, and here and there a farmer had planted soybeans, or wheat, or alfalfa. But mostly it was corn: field corn to fatten livestock and sweet corn for the table. Corn. Corn syrup, cornstarch, cornflakes, cornmeal, corn, corn, corn, Landry thought, to fatten an already fat nation. Landry had been in a lot of famine areas over the years, so maybe that's why the sight of the heartland's bounty made him think of fat.

"For amber waves of grain," he said aloud. He noticed that the crops were good. He had no vested interest in the crops, neither as a farmer nor as a man who held crop futures. But he'd spent the first eighteen years of his life listening to everyone around him talk about the crops, so he noticed them wherever he was, in Russia, in China, in Somalia, and now, coming full circle, in western Ohio.

Landry saw the sign for Spencerville, downshifted, and took the turn without braking, causing the Ford Taurus behind him to try the same thing with less acceptable results.

On the horizon, he could see a water storage tower and grain silos, then later, he could make out the clock tower of the Spencer County courthouse, a sort of Gothic Victorian pile of red brick and sandstone built in a burst of turn-of-the-century enthusiasm and boosterism. The courthouse was a marvel when it was built, Landry reflected, and it was a marvel now--the marvel being that Spencer County had once been prosperous enough and populated enough to finance such a massive edifice.

As Landry drew closer, he could see most of the town's ten church spires, catching the light of the setting sun.

Landry did not enter the town but turned off onto a small farm road. A sign reminded him to watch out for slow-moving farm vehicles, and he eased off the accelerator. Within fifteen minutes, he could see the red barn of the Landry farm.

He had never driven all the way home before but had always flown to Toledo or Columbus and rented a car. This drive from the District of Columbia had been uneventful yet interesting. The interesting part, aside from the landscape, was the fact that he didn't know why he was driving to Spencerville to live after so long an absence. Interesting, too, was the sense of unhurried leisure, the absence of any future appointments in his daybook, the dangling wire where his government car phone had once sat, the unaccustomed feeling of being out of touch with the people who once needed to know on a daily basis if he was dead, alive, kidnapped, in jail, on the run, or on vacation. A provision of the National Security Act gave him thirty days from time of separation to notify them of a forwarding address. In fact, however, they wanted it before he left Washington. But Landry, in his first exercise of his rights as a civilian, told them tersely that he didn't know where he was going. He was gone but not forgotten, forcibly retired but of continuing interest to his superiors.

Landry passed a row of post-mounted mailboxes, noticing that the one with the Landry name had the red flag down, as it had been for about five years.

He pulled into the long gravel drive, overgrown with weeds.

The farmhouse was a classical white clapboard Victorian, with porch and gingerbread ornamentation, built in 1889 by Landry's great-grandfather. It was the third house to occupy the site, the first being a log cabin built in the 1820s when the Great Black Swamp was drained and cleared by his ancestors. The second house had been circa Civil War, and he'd seen a photo of it, a small shingled saltbox shape, sans porch or ornamentation. The better looking the farmhouse, according to local wisdom, the more the husband was henpecked. Apparently, Great-Grandpa Cyrus was totally pu--y-whipped.

Landry pulled the Saab up to the porch and got out. The setting sun was still hot, but it was dusty dry, very unlike the Washington steam bath.

Landry stared at the house. There was no one on the porch to welcome him home, nor would there ever be. His parents had retired from farming and gone to Florida five years before. His sister, Barbara, unmarried, had gone to Cleveland to seek career fulfillment as an advertising executive. His brother, Paul, was a vice-president with Coca-Cola in Atlanta. Paul had been married to a nice lady named Carol who worked for CNN, and Paul had joint custody of his two sons, and his life was governed by his separation agreement and by Coca-Cola.

Also, if he cared to be honest with himself, and he might as well be, he had never completely gotten over Annie Prentis, who lived about ten miles from where he was now parked in front of his family farm. Ten-point-three miles, to be exact.

Keith Landry got out of his Saab, stretched, and surveyed the old homestead. In the twilight, he saw himself as a young college grad on the porch, an overnight bag in his hand, kissing his mother and his sister, Barbara, shaking hands with little Paul. His father was standing beside the family Ford, where Landry stood now beside the Saab. It was sort of a Norman Rockwell scene, except that Keith Landry wasn't going off to make his way in the world; he was going to the county courthouse, where a bus waited in the parking lot to take that month's levy of young men from Spencer County to the induction center in Toledo.

Keith Landry recalled clearly the worried looks on the faces of his family but could not recall very well how he himself felt or acted.

He seemed to remember, however, that he felt awful, and at the same time, he was filled with a sense of adventure, an eagerness to leave, which made him feel guilty. He didn't understand then his mixed emotions, but now he did, and it could be summed up in a line from an old song: How you gonna keep them down on the farm, after they've seen Paree?

But it wasn't Paree, it was Vietnam, and the recruits hadn't mustered in the village square for a roll call and jolly send-off, nor had they returned marching up Main Street after what would have been called V-V Day. And yet, the net effect of the experience for Landry was the same: He never came back to the farm. He'd come back physically, of course, in one piece, but he'd never come back in mind or spirit, and the farm was never his home after that.

So here it was, a quarter century after he'd stepped off his front porch into the world, and he was standing at the steps of that porch again, and the images of his family faded away, leaving him with an unexpected sadness.

He climbed the steps, found the key in his pocket, and entered. 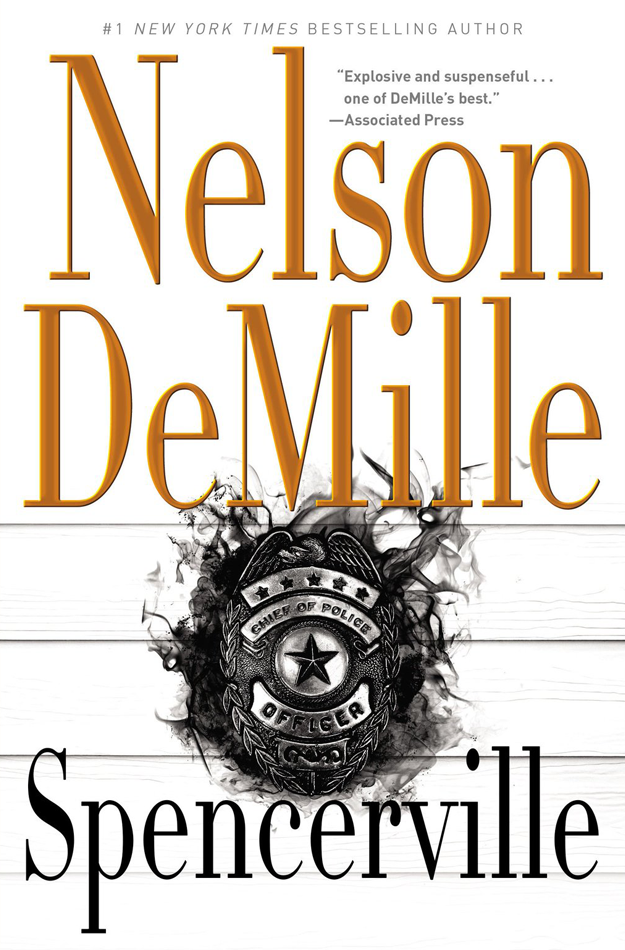