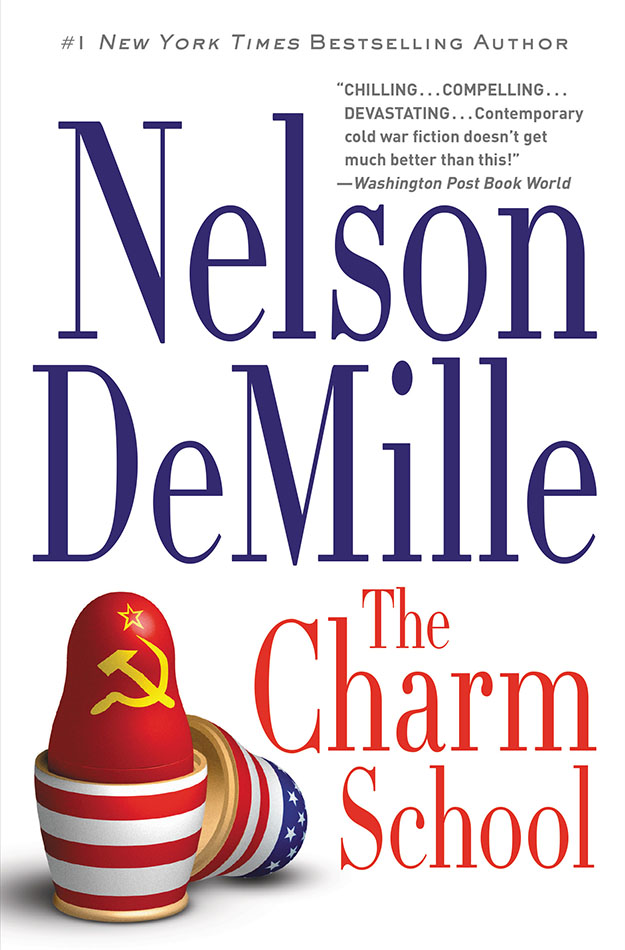 On a dark road deep inside Russia, a young American tourist picks up a most unusual passenger - a U.S. POW on the run with an incredible secret to reveal to an unsuspecting world. The secret concerns "The Charm School", a vast and astounding KGB conspiracy that stands poised against the very heartland of America.

Arrayed against this renegade power of the Soviet state are three Americans: an Air Force officer, who will fly one last covert mission into the center of a mad experiment; an embassy liaison, who will have her hopes for a saner superpower balance brutally tested; and the chief of the CIA's Moscow station, who will find his intricate dance of destiny and death reaching its devastating conclusion.