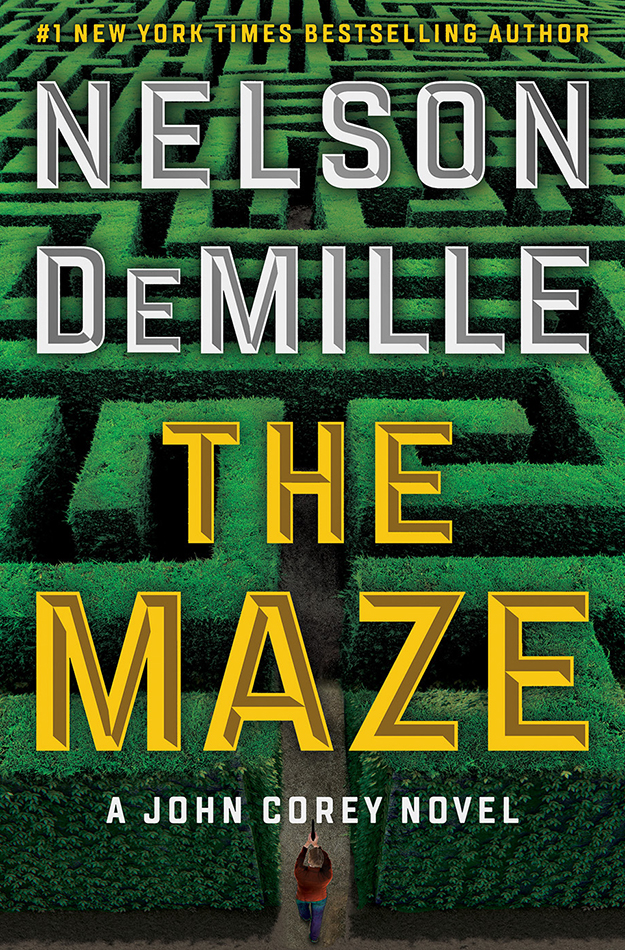 In his dazzling #1 bestseller, Plum Island, Nelson DeMille introduced readers to NYPD Homicide Detective John Corey, who we first meet sitting on the back porch of his uncle’s waterfront estate on Long Island, convalescing from wounds incurred in the line of duty. A visit from the local Chief of Police results in the legendary Detective Corey becoming involved in the investigation of the murders of a married couple who were scientists at the top-secret biological research facility on Plum Island.

Fast forward through six more bestselling John Corey novels and The Maze opens with Corey on the same porch, but now in forced retirement from his last job as a Federal Agent with the Diplomatic Surveillance Group. Corey is restless and looking for action, so when his former lover, Detective Beth Penrose, appears with a job offer, Corey has to once again make some decisions about his career—and about reuniting with Beth Penrose.

Inspired by, and based on the actual and still unsolved Gilgo Beach murders, The Maze takes the reader on a dangerous hunt for an apparent serial killer who has murdered nine—and maybe more—prostitutes and hidden their bodies in the thick undergrowth on a lonely stretch of beach.

As Corey digs deeper into this case, which has made national news, he comes to suspect that the failure of the local police to solve this sensational case may not be a result of their inexperience and incompetence—it may be something else. Something more sinister.

The Maze features John Corey’s politically incorrect humor, matched by his brilliant and unorthodox investigative skills along with the surprising and shocking plot twists that are the trademark of the #1 New York Times bestselling author, Nelson DeMille.