If the earth had an anus, it would be located in Yemen.

And speaking of assholes, my boss, FBI Special Agent in Charge Tom Walsh, wanted to see me, John Corey, at 5:15 p.m., and Detective Corey was now five minutes late.  But not to worry–my wife, Kate Mayfield, who also works for Walsh, was on time for the meeting and had undoubtedly made excuses for me, like, “John is in a passive-aggressive mood today.  He’ll be here when he feels he’s made his statement.”

Right.  Another five minutes.  I logged off my computer and looked around the empty cube farm.  I work on the 26th floor of 26 Federal Plaza, which is located in Lower Manhattan in the shadows of the Twin Towers.  Well…not anymore.  The Towers, I mean.  But I’m still here.

It was Friday–what we call Federal Friday–meaning that by 4:30, my colleagues in the war on terrorism, mostly FBI agents and NYPD detectives, had left to beat the bridge and tunnel traffic, or they’d gone off on special assignments to the surrounding bars and restaurants.  With any luck, I’d be joining them shortly.  But first I had to see Tom Walsh, who is in charge of the New York Anti-Terrorist Task Force.  And what did Mr. Walsh want to see me about?

Yemen?  Typo, maybe.  Yemex?  A new kind of explosive?  Maybe he meant “Yes-men.”  Too many yes-men in the organization.

Walsh doesn’t usually state the subject of a private meeting–he likes to surprise you.  But when he does state a subject, he wants you to think about it–he wants it to eat at your guts.

If I thought this out, I could conclude that Tom Walsh wanted to assign Kate and me to the Yemen desk.  Do we have a Yemen desk here?  Maybe he just wanted us to help him find Yemen on the map.

I stood, put on my jacket, straightened my tie, and brushed the chips off my shoulders–a well-balanced detective has a chip on both shoulders–then made my way toward Walsh’s office.

A brief history of this elite organization.  The Anti-Terrorist Task Force was founded in 1980, when the word “terrorist” was not synonymous with Islamic terrorist.  The ATTF in those days had its hands full with Irish Republican Army guys, Black Panthers, Puerto Rican separatist groups, and other bad actors who, to paraphrase William Shakespeare, thought that all New York was a stage, and every bad actor wanted to play Broadway.

So the first Federally funded Anti-Terrorist Task Force was formed here in New York, comprised of ten FBI agents and ten NYPD detectives.  Now we have a lot more people than that.  Also, we’ve added a few CIA officers, plus people from other Federal and State law enforcement and intelligence agencies.  The actual number is classified, and if someone asks me how many people work here, I say, “About half.”

The New York Task Force experiment worked well, and prior to September 11, 2001, there were about thirty-five other anti-terrorist task forces across the country.  Now, post-9/11, there are over a hundred nationwide.  A sign of the times.

The theory behind these task forces is that if you mix people from various law enforcement and intelligence agencies into a single organization, you will get different skills and mind-sets coming together to form synergy, and that will lead to better results.  It sort of works.  I mean, my wife is FBI and I’m NYPD and we get along and communicate pretty well.  In fact, everyone here would get along better if they slept with one another.

The other reason for including the local police in the Federal Task Force is that most FBI agents–my wife included–are from non-urban areas, meaning the ‘burbs or the boondocks.  So in a big city like New York, it’s the local cops who know the territory.  I’ve instructed new FBI agents on how to read a subway map and I’ve pinpointed for them the location of every Irish pub on Second and Third Avenues.

In any case, I’m actually a contract agent here, meaning I’m a civilian.  Until five years ago I was NYPD, but I’m retired on medical disability as a result of being shot three times in the line of duty, all on the same day.  I’m fine physically (mentally maybe not so fine), but there were other reasons to take the offer to retire.  Now, like a lot of ex-cops, I’ve found a new career with the Feds, who have zillions of anti-terrorist dollars to spend.  Do I like this job?  I was about to find out. 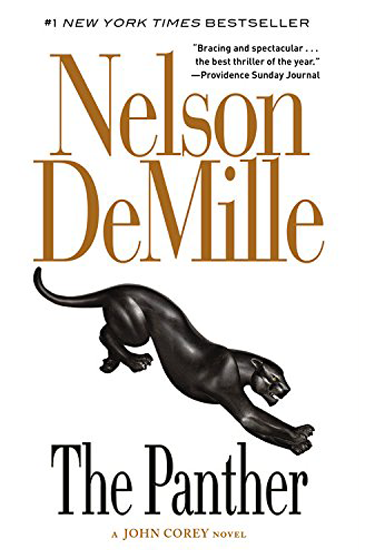