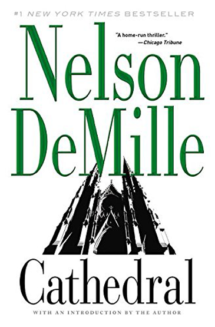 If you didn’t get my January or February Newsletter, it doesn’t mean your free subscription has expired; it means I never sent them out.

So, to play catch up, I hope everyone had a great January and February. It was cold as a well-digger’s butt here in the Northeast, and also in much of the country. This, as you know, is because of global warming.

I live a few miles south of where the last Ice Age glacier stopped, and I’m afraid if we get much more global warming the glacier will return and the wooly mammoths will trample my tomato plants.

Anyway, January was a good writing month for me because there’s not much else to do except shovel snow. I would have gone south, but Florida was experiencing a global warming cold spell and much of the Caribbean has been devastated by hurricanes. So I stayed at my desk and sulked.

February has two quasi holidays: Groundhog Day and Valentine’s Day, and one federal holiday, Presidents’ Day. There must be a way to move these days to make a five-day weekend called Silly Holiday Weekend. Write to your congressman.

The Lunar New Year (or Chinese New Year) which is celebrated in many countries fell on February 19 this year. It’s a lunar holiday, so it moves around a lot, like Easter, and you have to keep an eye on it.

In Vietnam, the Lunar New Year is called Tet, and in 1968 it fell on January 30. I was unfortunate enough to be there then for the Tet Offensive, which – hard to believe – was fifty years ago. I won’t bore you with war stories, but it was a time I’ll never forget. And for those who didn’t make it home, time will not erase your memory or your sacrifice.

On to March, which comes in like a lion and goes out like a lamb – unless you live in the Southern Hemisphere where it’s reversed.

Don’t forget, Daylight Saving Time begins on Sunday, March 11, so if you live in the Northern Hemisphere, you Spring Forward – push your clocks ahead an hour. In the Southern Hemisphere you Fall Back – push your clocks back an hour. This creates a two-hour time difference between the hemispheres (I think) and gives you more morning light in . . . or the sun goes down later in . . . let me get back to you on this.

March as you know is named after Mars, the Roman god of war. Why? Because a lot of military campaigns began in the spring. Soldiers march. Right? Or did I make that up? Sounds good. Also, Mars the planet is named after Mars the god. Why? Because the planet looks red – it’s called the Red Planet – and red is the color of blood. Blood, war. Get it? On a happier note, March 20 is the first day of spring. A time of renewal and rebirth. A good time to begin a military campaign. There may be a contradiction there. Let’s move on.

Saint Patrick’s Day is March 17, a Saturday this year. When I was younger, I would often march in the parade on New York’s Fifth Avenue, then join the Cardinal and other dignitaries on the steps of St. Patrick’s Cathedral to view the parade. I have fond, but dim, memories of this. Dim because I had often stopped at a few places for liquid refreshment before the parade. As my Irish friends say, “You can’t drink all day if you don’t start in the morning.”

Anyway, in recent years, I’ve brought my wife and young son to St. Patrick’s Day in New York at the kind invitation of His Eminence Timothy Cardinal Dolan. We attend Mass in St. Pat’s, then have breakfast in the Cardinal’s residence, then view the parade from the steps of the Cathedral. The parade looks different when you’re sober. We all have to grow up. Even writers.

For more on the St. Patrick’s Day Parade in New York, read my novel, Cathedral. Here’s a plot summary: a renegade group from the Irish Republican Army take over St. Patrick’s Cathedral during the parade, and hold a number of hostages, including the Cardinal himself. The IRA guys threaten to blow up the Cathedral if their demands are not met.

Cardinal Dolan especially enjoyed this story, but for some reason he thought I owed something to the Cathedral for subjecting it – and the fictitious cardinal – to such peril. I saw his point, of course, so, long story short, all royalties from the sales of Cathedral go to St. Patrick’s Cathedral Restoration Fund. There’s nothing like Catholic guilt – except maybe Jewish guilt – to make you a philanthropist.

You can also make a contribution on your own by clicking on the above link. Please be generous. It’s for a good cause – keeping me out of hell. And don’t forget to buy a copy of Cathedral. The Restoration Fund gets about a buck in royalties for every copy sold. I get absolution.

Easter, like Passover (and Chinese New Year) is, as I said, a lunar holiday, so it’s all over the board. This year, Good Friday coincides with the first night of Passover, which doesn’t happen that often. So if you’re a Christian who’s been invited to a Passover Seder on Good Friday, it’s okay to mention the Crucifixion, but blame it on the Romans. And remember, Jesus was Jewish on his mother’s side.

So let me take this opportunity to wish my Jewish friends and relatives a happy and blessed Passover. Next year in Jerusalem! You can visit the new U.S. Embassy there.

And now for some publishing news: My latest novel, The Cuban Affair, will be out in the trade paperback edition on June 5. What is a trade paperback? Well, it’s almost the size of a hardcover, but it’s much cheaper. If you haven’t read The Cuban Affair, (the Number One New York Times bestseller, thanks to you) in hardcover, or eBook, or listened to it on audio, then don’t miss this opportunity to buy it in trade paperback. It got great reviews – except for one in The New York Times written by Alex Berenson, a fellow novelist who was obviously jealous that I’m #1 and he’s not and never will be.

You can pre-order the trade paperback of The Cuban Affair now online by clicking here.

And finally, for everyone who’s been asking me about the John Corey TV series, I have some good news. I’ve just inked (that means “signed” in Hollywood lingo) a new contract with SONY-TV who are working with ABC-TV to produce a pilot for a series tentatively called “John Corey,” or maybe “John Corey, NYPD.” We’ve been down this road twice before with the John Corey TV series, but maybe the third time is the charm. Stay tuned.

That’s a wrap, as they say in Hollywood. Have a great March.