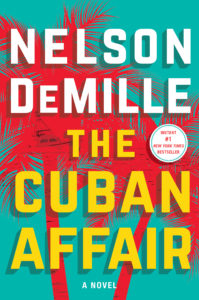 Whoops! In my October Newsletter I said to those who complained that children (or adults) in Halloween costumes were engaging in cultural appropriation, “Dress like the Tin Man; he had no brain and neither do you.”

Well, where was my brain? It was the Scarecrow, of course, who had no brain, as my readers reminded me. But I do have a heart, so I won’t say anything about the four proofreaders who missed my mistake before the Newsletter went out. My ten-year-old would have spotted the mistake if I let him read my Newsletter.

Also in my October Newsletter I had a suggestion for those who had a problem with Columbus Day, and I used the colorful Italian word “vaffanculo,” which means…well…to perform a physically impossible act on oneself. Amazingly, none of my readers were offended by this word – it sounds so good in Italian – but many readers questioned my spelling. In Sicilian dialect, it sounds like “Ba fun-gool,” and in other Italian dialects it’s also pronounced differently. But in standard Italian, it’s vaffanculo. Now you know.

Anyway, I did march in the Columbus Day Parade up Fifth Avenue, and if there were any protesters, I didn’t see them.

On another subject, November 10 is Marine Corps birthday. The Marines are 242 years old, and I, an old Army guy, wish them happy birthday, and congratulations on being able to count that high. But seriously, Semper Fi.

November 11 is Veterans Day, and every year I get together with other Vietnam veterans and we propose a toast to those who served, and to those who are no longer with us.

Hard to believe, but it’s been fifty years this month since I reported for duty in Vietnam. I remember my first day in ‘Nam like it was yesterday – stepping off the Braniff 707 into the heat of Tan Son Nhut Airport in Saigon. It was sort of unreal, like Dorothy felt when the cyclone carried her from Kansas to Oz. And, like Dorothy, I had no reasonable expectation that I’d ever get back to the States. But I did, and along the way I met lots of senior officers who had no brains, but also lots of men who had big hearts and amazing courage. And when I did get home, I met lots of war protesters at the airport. I can’t say I was happy to see them, but I can say I was happy to have fought for their right to protest.

On a completely different subject, my latest book The Cuban Affair debuted at #1 on most major bestseller lists and continues to do well thanks to you. And thanks, too, for your good letters. Thanks also to everyone who came to my talks and signings around the country. I really enjoy meeting my readers and hearing what you have to say. I wish the tour could have been longer and that it included the West Coast and Canada, but it’s time for me to get back to the writing desk and do what I do best: make stuff up. Just like I did when I said I wished the tour could have been longer.

Also on my tour, I discovered that many book club groups have chosen The Cuban Affair for discussion. Thank you. You can find suggested book club questions on my website. And here’s another one: Do you think the author should return to Cuba and get arrested?

Anyway, Thanksgiving is coming and unfortunately this very American holiday has also become controversial. I won’t get into that except to say that no one in America has to celebrate any holiday that he or she does not believe in. And everyone has the right to criticize the meaning of a holiday, whether it be Columbus Day, Veterans Day, the Fourth of July, or Thanksgiving. Debate is good, but we need to be civil (and not say vaffanculo or “you have no brains”) and respect the rights and beliefs of others, especially those we don’t agree with. That is what makes us Americans. I, for instance, find Groundhog Day repugnant, and I’m surprised that PETA and the Humane Society haven’t tried to ban this holiday. But I respect the rights of those who annoy groundhogs one day a year, just as I respect the rights of those, like myself, who look forward to the massacre of millions of turkeys in November. I actually prefer beef, but I go along with the turkey thing.

So have a good November and a happy, safe, and guilt-free Thanksgiving.