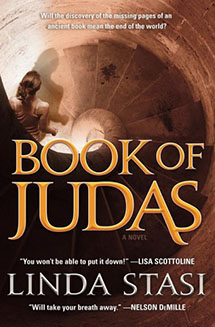 If you’re an American, summer is over after Labor Day weekend. For the rest of the northern hemisphere, it’s over on September 21, and autumn begins on the 22nd. More important than the autumnal equinox, which happens every year, is the publication of The Cuban Affair on September 19, making it a fall book, though it’s still summer.

Anyway, this is my 20th novel, and as any author will tell you, no matter how many books you’ve had published, a new one is always exciting – like the birth of a baby. I had an aunt in Canada who had 16 children – that’s 16 labor days – and each birth was, I’m sure, very exciting. And she, like me, started running out of names.

Chapter 2 of The Cuban Affair is now available on my website, and if you enjoyed Chapter 1, you’ll love Chapter 2. You can get the next 53 chapters by buying the book. As always, my books are available in hardcover, audio (CDs and downloads), and e-books. The choice of formats is yours, as is the choice to buy the book or not buy the book. But I really think you should buy the book. You don’t have to read it or listen to it; just buy it. You can give it to someone. Thank you.

The late, great Robert A. Heinlein, author of Stranger in a Strange Land, once said that he was competing for the reader’s beer money. I believe that, and I’m thrilled that I can offer two full novels for less than the price of a six-pack. Jump on this.

Also on September 19 is the publication of Book of Judas, by my good friend and New York Daily News columnist, Linda Stasi. Book of Judas is a religious thriller featuring her feisty newspaper reporter Alessandra Russo who was introduced in Linda’s debut novel, The Sixth Station. These are both great reads and I recommend them for anyone, like myself, who loves religious thrillers. You’ll notice that Linda’s book and my book are published on the same day, so we’re supporting each other, and we’re doing a joint book signing at Barnes & Noble NYC on September 18. Hope you can make it.

I’ve gotten about a hundred emails pointing out that my book tour doesn’t include the West Coast. I’ve toured the West Coast many times – San Diego, LA, San Fran, Portland, Tacoma (my wife’s hometown), Seattle, and Vancouver, British Columbia. I always get enthusiastic crowds, and I’d love to do it again, but can’t this time due to the tight scheduling and other commitments. But check out my tour schedule on my website and see if I’m in your area. I’d love to meet you.

Some news on the Corey TV series: Sony TV and ABC-TV will make a decision in October about resurrecting the project. John Corey says, “This project has died and been resurrected so many times that the series should be called ‘Easter.'” I think it should be called “Groundhog Day.”

On the feature film front, there’s lots of interest in Hollywood for The Cuban Affair, but no firm offer yet. When you read the book, you’ll see that it would make a terrific movie. Let me know your thoughts on this.

There are a number of notable days this month, including Grandparents Day on Sunday, September 10. This would be a good day to buy grandma and grandpa a book. I happen to have two books which feature grandparents: The Gold Coast, and its sequel, The Gate House. They’ll love them.

Also, let’s not forget September 11. It’s been 16 years since the attack, but we should never forget the lives lost that day.

I want to take this opportunity to wish my Jewish friends and readers, and the Jewish side of my family, a happy Rosh Hashanah and a blessed Yom Kippur.

And finally, it’s back-to-school time. My ten-year-old seems ambivalent about this. My wife and I anxiously await the arrival of the yellow school bus.

Hope to see you at one of my book signings in September and October, and I hope you buy, read, and enjoy The Cuban Affair. Let me know.